93
Share:
With the development of the global economy, various industries have developed. In this environment, many of our enterprises should adapt to the development of global economy and take corresponding measures to improve the adaptability of enterprises in the market. Next, we will divide the shelf industry into two parts: the current economic view of the shelf industry and the characteristics of the shelf industry.
First, the market demand continues to grow
With the overall economic growth, the rapid development of logistics industry, the market demand for shelf products is growing. There is a growing demand for shelves. Traditional industries such as tobacco, medical, commercial, mechanical and electrical, textile, clothing, military and so on, demand is still rising steadily; in addition, the demand for shelves in new materials, food refrigeration, publishing and distribution industries has risen sharply, emerging in the shelf Market in recent years. Taking publishing distribution as an example, some large-scale publishing companies and bookstore groups have established large-scale warehouses and distribution centers, and many book publishing and distribution enterprises have plans to build logistics centers. The rapid expansion of the food refrigeration industry has also led to the development of the shelf industry, which has greatly increased the market demand and released rapidly in the past two years. In recent two years, the total value of all kinds of shelves provided for Yili, Mengniu, Guangming and other dairy companies has reached tens of millions of yuan.
Secondly, the export business of foreign trade has grown
In recent years, the export volume of shelves has maintained a rapid growth. On the other hand, after years of cooperation, a number of domestic enterprises and foreign purchasers have established a relatively stable supply and marketing relationship. With the increasingly fierce competition in the domestic market, foreign trade export has become a domestic shelf production enterprise One of the important businesses. Europe, the United States, Southeast Asia and the Middle East are relatively early and concentrated areas of shelf exports. At present, Oceania and South America have gradually become the main buyers of shelves. However, due to the influence of such adverse factors as the instability of exchange rate and the rising price of raw and auxiliary materials, the risk of export is gradually increasing, which should be concerned by the production enterprises.
Third, the scale of the project is expanded and the product diversity is obvious
In recent years, with the increase of market demand, more than ten million yuan of shelf items and orders are emerging. This reflects the vigorous market demand from one side, and the shelf has been fully used in production, circulation and other aspects.
Throughout the whole situation, the economic development momentum of the shelf industry and the overall development of the logistics industry have effectively promoted the rapid development of the shelf industry. Generally speaking, the overall global development situation still has a positive impact on the development of the warehouse racks industry, but we should also pay attention to the adverse factors such as the rise of raw materials, the instability of exchange rate, and the release of production capacity. 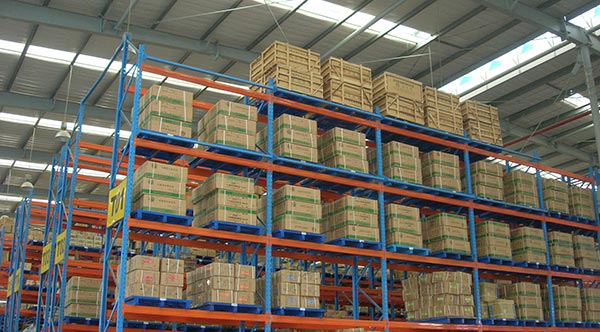 if you have questions or suggestions,please leave us a message,we will reply you as soon as we can